The foodservice industry experts
WORK WITH US

Beyond the Q1 Earnings Report 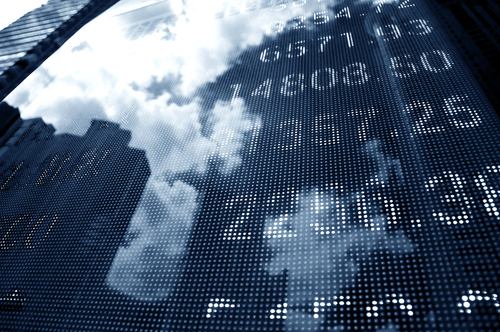 Beyond Meat leads the way, as the single biggest pure-play company in the alternative meat category, and members of the industry – competitors, restaurants, retailers and investors — follow its moves closely for signs and implications about their own businesses.  When Beyond announced its earnings for the first quarter of 2022, with a net loss of $100.5 million, or $1.58 a share, some people shook their heads and some people wrung their hands.  At ESA, we take a slightly different perspective, and find some valuable nuggets in Beyond’s experience, a lot to be enthusiastic about, and some lessons that apply to every food and beverage brand.

First, let’s celebrate that plant-based cracked another segment of the market during the beginning of 2022.  With the first product from PLANeT Partnership, Beyond’s joint venture with PepsiCo, a whole new segment of plant-based meats opened to the alt-meat category.  For the companies who offer plant-based jerky in the future, Beyond has paved the way, and has done it in this huge way, with a partner as powerful as PepsiCo.

Think of the logistics involved in launching a brand-new product that hasn’t existed before, into 56,000 retail points of distribution, in three months.  Very few, if any, partners besides PepsiCo could have helped facilitate a rollout in such a short period of time.  Despite the challenges of getting manufacturing off the ground, Beyond Meat Jerky quickly became the top plant-based jerky brand, and more than tripled category sales.

Wall Street may focus on the excessively high cost of goods sold and miniscule gross margins; however, when you have a product launch as large as this one, in as short a period of time, I am not surprised by the margins that were reported this quarter. Phil Hardin, Beyond’s CFO, called production “expensive and inefficient,” but you can’t do a launch this big without some sloppiness.  When you’re trying to meet the kinds of timelines that Beyond met, you’re going to end up in situations where you’re spending $100 to ship $10 worth of product, for instance.  But that rush won’t last forever, and the industry should judge their second and third quarters margin performance as more indicative of how the short-term profitability of Beyond will look, and not this current quarter.  We shouldn’t lose sight of the fact that this huge launch is an amazing feat.

Second, remember that foodservice and international business is still soft, and that those factors also played a part in the first quarter. Beyond’s total revenue growth from Q1 2021 was essentially flat, but both international revenue (roughly 25% of Beyond’s sales) and US foodservice revenue (roughly 15% of Beyond’s sales) were soft, showing slight declines from Q1 2021. This bears watching into the remainder of 2022 and suggests that these markets are still in recovery mode and coming back from the pandemic.

As a public company, we get a glimpse into Beyond’s business every three months.  We don’t get that with Impossible, since it’s private.  We don’t get the same indicators about the health of the plant-based market from Nestle or Kellogg’s, either, because they each have so many other products obstructing the view.  We can easily take Beyond’s performance, then, at the end of each quarter, as a barometer of the entire plant-based category.  While this can be useful and convenient, it’s important to remember that it’s not a perfect indicator, and that factors like foreign exchange rates, for example, may affect Beyond in one way and a newer, entirely-domestic brand in a different way or not at all.

Lessons in Profitability and Sustainability

Third, while Beyond operates in a different league from most other alternative protein brands, its experience highlights the principles we use with our clients. Even after nearly five years in market and with the financial and logistical resources of a partner like PepsiCo, launching can involve some bumps and bruises.  Especially when it’s to 56,000 retail locations in only three months. At ESA, we make sure our clients have their houses in order before they race to launch or into big public relations campaigns to minimize those difficulties.  Building profitably and sustainably is a big part of the path to success.

Three months from now, we’ll have another earnings report from Beyond Meat, and can look back with more reflections on the first quarter and its earnings.  We’ll see, then, whether Beyond recovers from the expenses involved in its Beyond Meat Jerky launch.  In the meanwhile, we celebrate the entry of plant based into a new segment, with the weight of Beyond’s name recognition and consumer loyalty behind it.  Despite any naysayers, and a few missteps, we shouldn’t count Beyond Meat out of the game — in fact, they’re out there on the field, moving alternative meat forward, and that progress benefits everyone. As retail and foodservice continue to recover from the pandemic and to adjust to supply chain challenges, we’ll watch for more alternative protein brands to continue expanding into the space.

Are you interested in being part of that expansion – as an investor?  An innovator?  An operator?

We should talk.  Today.