The foodservice industry experts
WORK WITH US 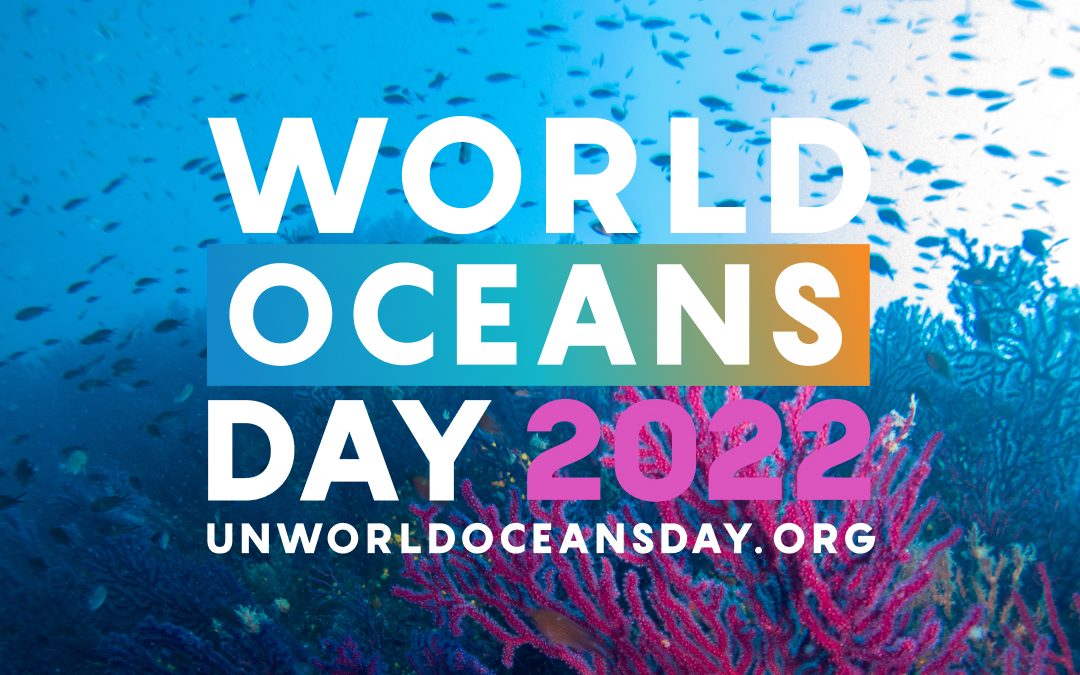 Revitalization: Collective Action for the Ocean

The United Nations has named June 8 UN World Oceans Day, and the theme for 2022 is Revitalization: Collective Action for the Ocean. Beginning at 10am EST, speakers will address many of the issues facing us today, what answers we can find in the sea, and the ways we all have to work together to revitalize our one ocean. (Attend the virtual event here.)

It’s a good day to think about what the ocean means to each of us. For some of us, the ocean brings to mind memories of the beach with family: swimming, diving, sailing, fishing. We might think of the sea and its mythic, symbolic presence in our cultures and lives: gods and goddesses, monsters and mermaids, The Old Man and the Sea and Moby Dick. For people all around the world, the ocean is a workplace, whether they’re harvesting its plant and animal resources, drilling for mineral resources under its bed, transporting people or goods over it, or patrolling it for military or law enforcement reasons. As the UN says, “The ocean connects, sustains, and supports us all. Yet its health is at a tipping point and so is the well-being of all that depends on it.”

Founder Stephanie Lind points out that particularly in the alternative protein space, we can hear so much about the Amazon, deforestation and cattle that the ocean can easily be left out or forgotten. (There may be some algorithm component to this, of course!) “That’s why I can hardly wait to attend the Blue Food Innovation Summit next week in London,” she says. “There’s so much we need to do, should do, have to do for the ocean, and so much innovation coming up. I can’t wait to learn about the future, in seaweed and algae, oysters and other bivalves, single-cell proteins and fermentation. It’s an exciting time for investors, start-ups and innovators.”

Chief Operating Officer James McCollum comes to the ocean from a slightly different perspective. “In the Coast Guard, I developed an affinity for the sea and its lore. There is a magic about spending months on end out on the open ocean. You gain an appreciation for everything associated with it, including the vast marine wildlife.

“You also get to see first hand some of the … destruction that things like pollution and overfishing do to the marine ecosystem, and it’s a true tragedy. While not all species are being overfished, the fish populations globally … are certainly under more strain due to overfishing than they ever have been. Working with innovative and forward thinking companies such as Finless Foods and New Wave Foods gives me hope that major change is on the horizon. This change over the coming decade and beyond will help reduce the demand that drives overfishing, and thus help to restore the balance in the aquatic ecosystem.”

We at ESA and many of our clients work every day toward goals that include revitalizing the ocean and providing sustainable foods for a growing world population. Interested in joining us? We should talk! Today!